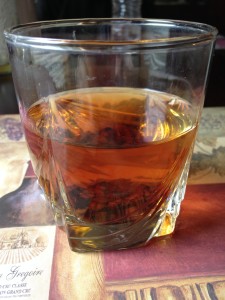 I’d recently discovered burdock roots tea and it has quickly become one of my favorite teas (after matcha green tea of course).  If you like your tea sweet you will LOVE burdock roots tea since you won’t need to add sweetener to it.  Burdock roots contain bitter principles but I didn’t taste it in the tea; it’s neither sweet nor bitter tasting, more of a savory taste, with a cooling effect.  When making this tea I just use about 1 tsp per 8 oz. of hot water, steep for 5 min.  I only drink 8 oz. per day and keep adding hot water until there’s no more sweetness taste to it before tossing the tea.  I didn’t use a tea bag but you could if you like.  After steeping time, all the tea sink to the bottom of the cup so I don’t mind.  That’s remind me, here’s a tip to tell if your tea is good quality… good tea after brew the leaves will sink at the bottom and the bad one will float on top.  Anyway, back to burdock roots tea, there are many benefits listed in literature.  Read on if you want to know!

The uses of burdock can be date back to ancient times.  It was used for scurvy, diabetes, syphilis, and leprosy in the Middle Ages.  When combine with other herbs it can be used for colds, measles, pharyngitis, and tonsillitis in traditional Chinese Medicine.  It also been traditionally used as a detoxificant, diuretic, laxative, anti-inflammatory, or for skin diseases and chronic disorders like gout, arthritis, and rheumatism, and for kidney stones.  Please do not based on these info to treat your disease, always consult your licensed doctor.

The bitter principles probably contribute to the stimulation of the gastrointestinal tract, liver, and pancreas.  The antiseptic due to polyacetylenes and arctiopicrin, work against gram-positive bacteria and fungi.

Arctic acid has a draining and detoxifying action on the liver, while y-guanidine butyric acid has an insulin-like effect, inducing a suppression of gluconeogenesis (making glucose), and inhibition of glycogenolysis (breaking down of glucose).  It also inhibits glucose uptake in the gut.  These actions are responsible for the hypoglycemizing effect, which is further accentuated by sesquiterpenes, and inulin.  Plant extracts can reduce the intestinal absorption of cholesterol and lipids, and inhibit the formation of lithocholic acid, a derivative of biliary acids that is considered a marker risk for colorectal cancer.  The plant is also a mild laxative, most likely due to its high content in inulin.  Inulin can help with digestion, promoting regularity of bowel movement leading to better digestive tract health.

The plant is a diuretic, and it helps the renal function of blood toxin excretion.  It is also a diaphoretic, hence favoring the excretion of toxins through sweat.  Studies showed that the crude extract reduces carrageenan-induced paw inflammation, and protects the liver from injury caused by CCl4 combined with ethanol or acetaminophen.  These are attributed to the free radical scavenging activity.  Protective effects on the liver have also been exerted by derivatives of dicaffeoylquinic acid.  The extract has also shown anti-mutagenic properties by preventing the formation of chromosome aberrations in rat bone marrow cells exposed to methyl-benzo(a)anthracene. A fructofuranan similar to inulin, isolated from the root, has shown immunostimulatory properties on laboratory animals.  The extract has also been studied for its antitumor activity.  In vitro studies have reported that the lignin arctigenin 1 and its derivate induce apoptosis in leukemia cells, or their differentiation into phagocytic cells.

Burdock is the main herb in Essiac tea.  Essiac tea is one of the many products used in hope of treating and preventing reoccurrence of cancers.  Essiac was developed in Canada by Rene Caisse after her aunt had cancer.  Rene Caisse was a nurse and treated patients with cancer at the clinic in Ontario which she set up and ran from 1934 until 1942.  The preparation was recommended by a miner’s wife who had been treated for a breast tumor by a Native American in the early 20th century. The four original herbs in Essiac are burdock root Arctium lappa, sheep sorrel Rumex acetosella, slippery elm bark Ulmus fulva and turkey rhubarb root Rheum palmatum.  Studies on burdock have shown antioxidant, free radical scavenger, and anti-inflammatory activity and that link with anticancer activity.

During the 19th century, herbalists and herbal physicians like to use burdock as an alterative diuretic especially in arthritic conditions.  Burdock seed when given in an infusion with the leaves of raspberry Rubus idaeus to children, it soothes and tranquillizes the system.  The leaves are used for rheumatism and gout, leprosy, kidney obstructions and to cleanse the system after mercury treatment for venereal disease.

In traditional Chinese medicine it is used for acne, seborrheic dermatitis, and eczemas.  These properties derive from a wide range of actions of the extract, which is an antiseptic, cicatrizing and detoxifying.  The plant is used in creams for oily skin, which is prone to develop acne and seborrhea and is also used in shampoos and lotions for head skin affected by an excessive production of sebum.  Plant extracts are also used against dandruff and psoriasis.  Caffeoylquinic acid protects collagen from alterations induced by UV-A while caffeoyl conjugates like cichoric and caftaric acid inhibit the enzyme hyaluronidase which is the main enzyme responsible for skin damage induced by acne and seborrrhoeic dermatitis.

In summary, burdock roots have many benefits in helping remove toxins from body, “purifying blood”, promoting a healthy gut which all lead to a healthier you and beautiful skin! Plus, it tastes great 🙂 but then again everyone have different tastes bud.  All I can tell you is that it worth a try! I get my burdock roots from Wawaza website.  They’re locate in Japan so the shipping cost is expensive but their customer services is the best! I’m not affiliate with them. I get all my tea from them because of the quality and the services they provided. They ship very fast.  The burdock roots I got from them is slow roasted so you can eat them as snack.  I don’t like to eat them like that because it has too much of savory taste, I prefer brewing them as tea.  If you prefer to get your products on amazon, this organic burdock root seem like it has good quality since it’s USDA certified.

Success! yay! I am so happy you joined!!

What's your favorite products? Check out mine above!

This site uses Akismet to reduce spam. Learn how your comment data is processed. 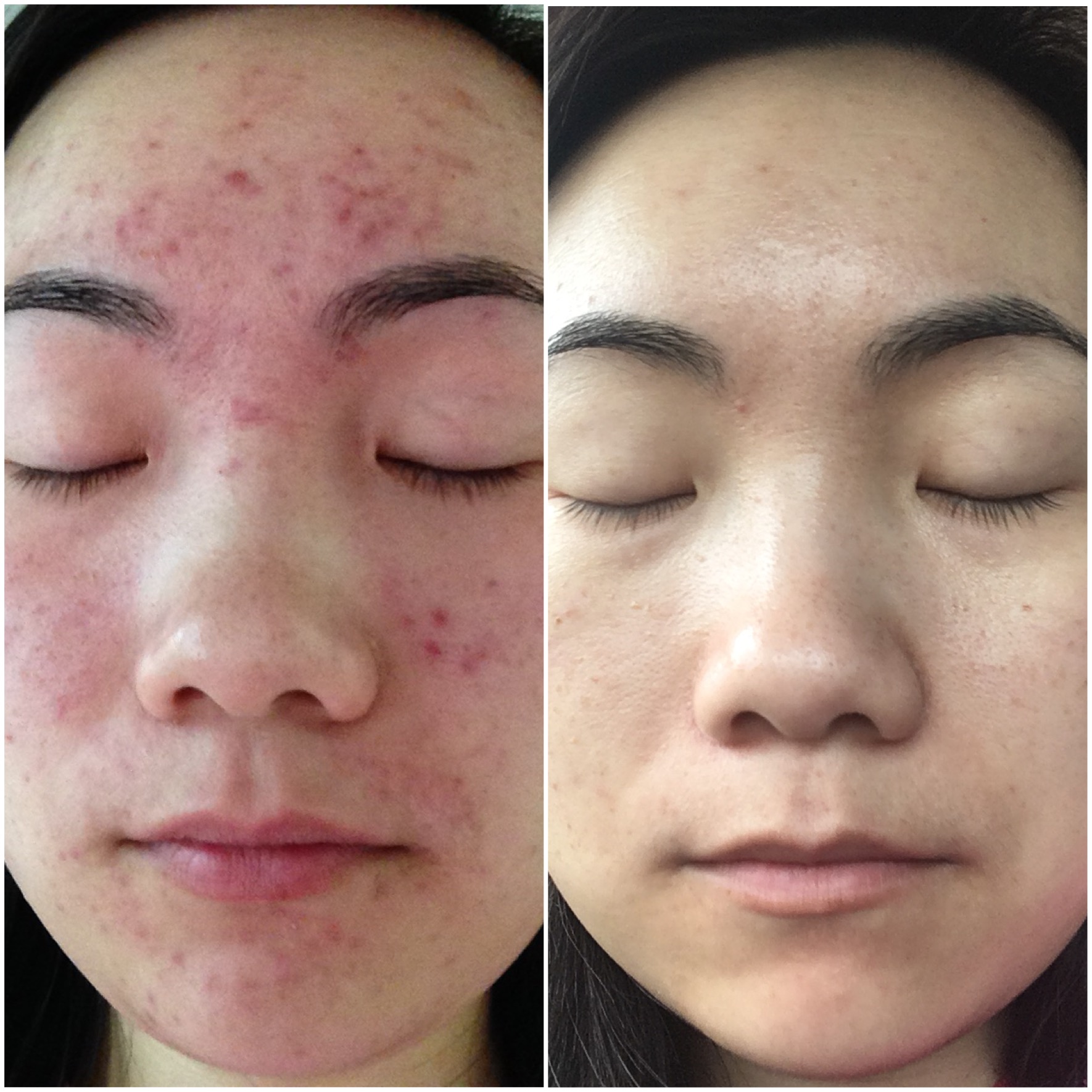 Welcome to my little corner of the WWW, where I share my journey to healthy skin and my continued love for everything health and beauty.

Psst!! Just between you and me!!

Let's connect!! I'll send you the latest news, info on ingredients, the studies, DIY recipes, behind the scene right to your inbox.

Success! yay! I am so happy you joined!! 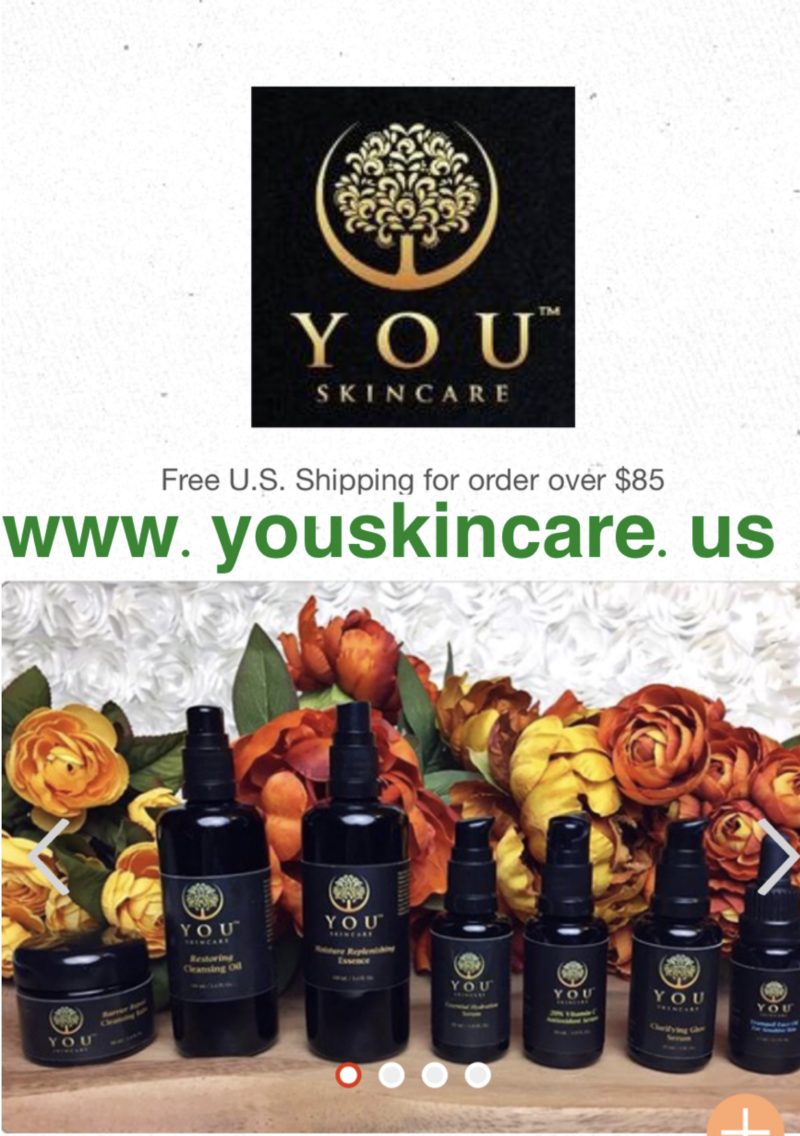